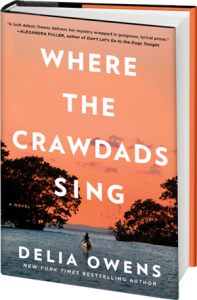 The poetry in this prose is the most incredible I have encountered in a long while. The imagery is so rich and elemental that I could see the marsh in a way I never have before, and felt connected to nature and the world even while suffering the isolation of the character.

With that said, I never felt a real connection to the character herself. But perhaps that was the point. She grew up so isolated and alone that there was a wall around her no one could truly penetrate, except for the water, the land, and the gulls. Nature could not hurt her, only people could. I inherently feel uneasy when I am around people who maintain such walls in themselves, so perhaps that speaks to the reality of this character. Although fictional, she was so real she engendered my unease while at the same time igniting curiosity, compassion, and empathy.

This book is well worth the time, if only to read the language of the marsh. 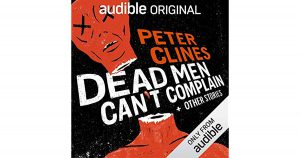 I love Peter Clines. And I’m not just saying that because he paid me to stop NOT stalking him. Some authors you like because they are so beyond you and you strive to reach for them in awe of their greatness, such as Asimov and Herbert. Other authors you love because their particular brand of crazy reminds you of yourself and you know you can comfortably share a strait jacket together. They speak to your kindred soul in a language only you (and enough others to make them a NYT bestseller) understand. You belong to the same nerd posse (or is it geek posse?). You are enough alike to get what they say and share their excitement, and yet different enough to be surprised and wowed at the same time. This collection is all too brief. But good writing leaves you wanting more and good characters draw you in and bind you to them. If you haven’t yet read his other works, stop wasting your time and get busy.